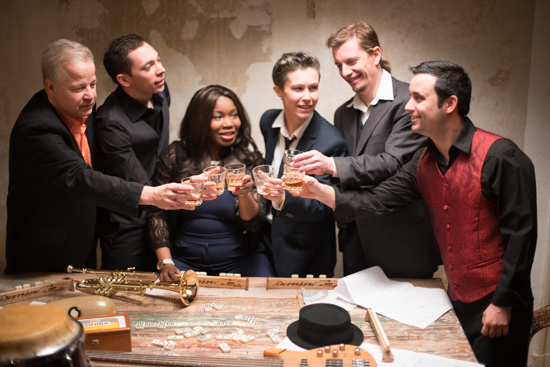 the moon that moves them!

. The salsa bandʼs name was inspired by the popular »solar«, a Cuban courtyard in the
residential districts of Havana – a place of vibrant life for its residence. It is crowded, hot
and humid, and loud there. It is where people make music, dance, laugh, cry, argue,
celebrate, and simply live.

gave their first concert in March 2004 at a small club in Brandenburg on the Havel, near Berlin. Numerous gigs in Berlin clubs and salsa dancehalls followed quickly. A year later,

performed at the world-renowned Montreux Jazz Festival. The audience was so enthusiastic that the band was invited to return in 2006.

Today the band is made up of seven musicians from Germany, Cuba, and France. The size of the band is configurable as desired:

is able to perform as a small ensemble (as a quintet for a musical reception or a concertante performance) or as a latin orchestra (up to ten musicians) transforming the place into a groovy atmosphere.